This is the 3rd training session for the Turks and Caicos women’s national team. 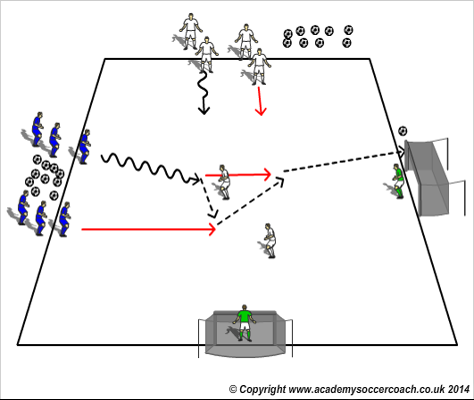 -Blues travel with the ball trying to score in the opposite goal.

-If the blues score or the ball leaves the field of play they then defend goal opposite the next pair of whites.

-If the defenders win the ball their challenge is to try and play in the next pair.

Use under or overloads. 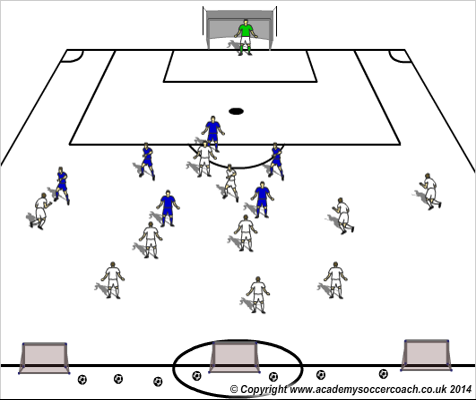 -Half a pitch with plenty of balls on the half way line.

I had a few coaches scattered in an around the pitch. At any time they could deliver a new ball to the whites meaning the blues would have to deal with it. 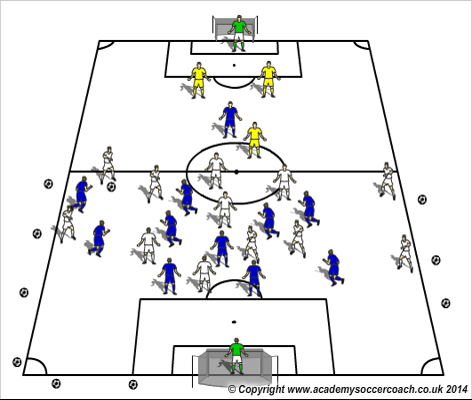 -The 10 blues in one half defend the goal. They leave one player in the attacking half.

-The whites try to score using their overload.

-If the blues win the ball they can break and attack the 3 yellows.

-I had it that only a certain amount of blues could break asking the rest of the blues to remain secure.

-During the game add a new ball a anytime meaning the previous ball is dead.

-Reduce or increase the number of players allowed to counter. 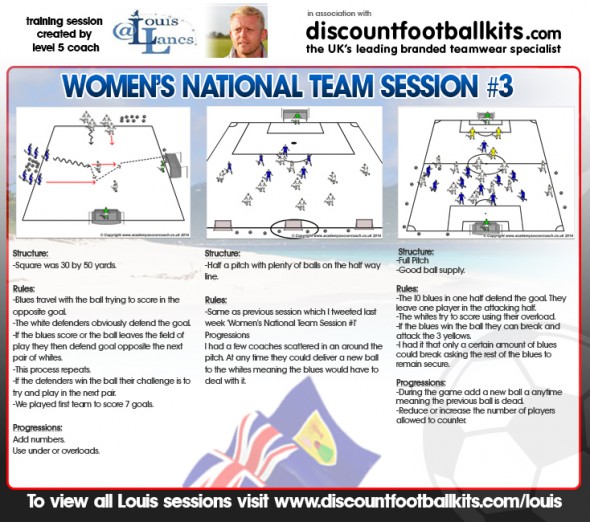