Attacking under/ overloads are an important part of the modern game. These two fast paced training drills will help to give your team the edge. 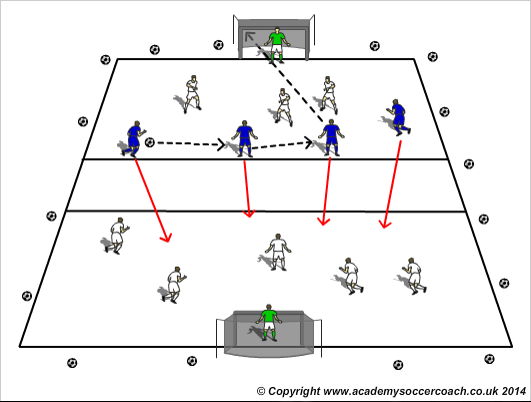 -The 4 blues attack the 3 whites making it an overload 4v3.

-If they score they then turn round and try to score in the other goal which is now an under load 4v5.

-This continues for a period of time, turns, goals etc. 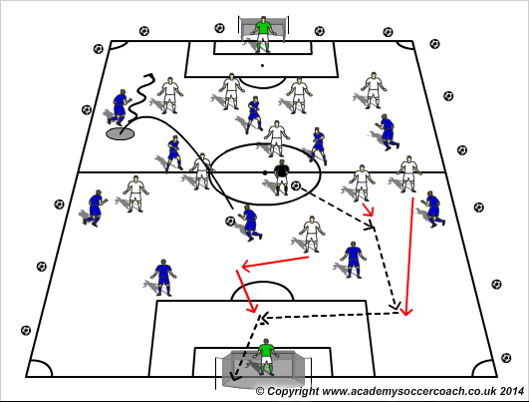 -The coach walks  around during the game and at any time he/she can throw a ball in to the game looking for overloads.

-As soon as the coach introduces the new ball, the previous ball is dead.

-The team who receives this pass must attack the goal as quickly as possible.

-Work on overloads in different thirds of the pitch.

-Distribute ball to even numbers or under loads.

-Look at this as an opportunity focus on recovery runs etc. 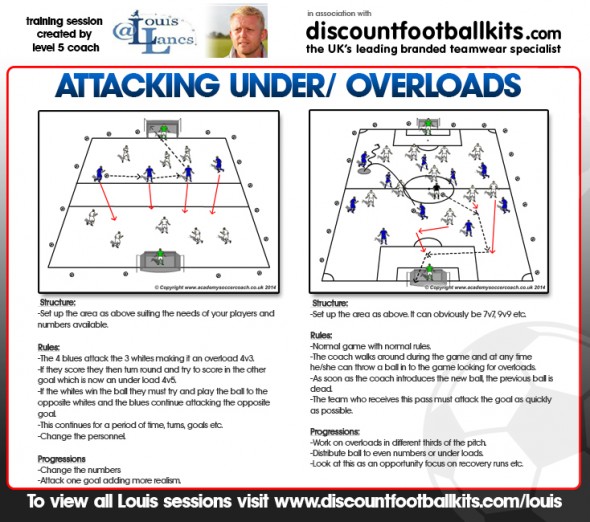