Turks and Caicos recently climbed 26 places in the FIFA rankings, the training drills below helped them do it.

You could use Samba football goals for these drills. Not only are they practical but they also come in a variety of sizes. This is why they tend to be the training goals of choice for many clubs. 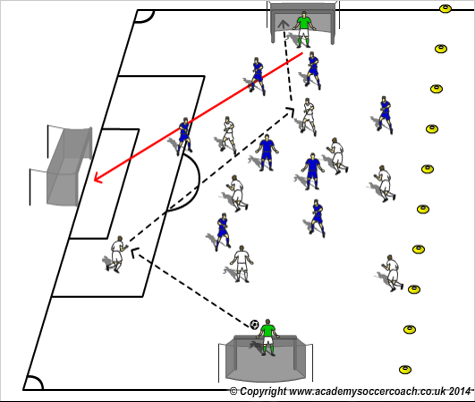 -Set up suitable for numbers and ability.

-The first team to score in the main goal wins the game.

-To take control of the main goal, first a team has to score in their opponents goal across the pitch.

-The team that scores across the pitch then tries to score in the main goal. The opponents goal keeper must run to the goal as fast as possible.

-This leaves one team to score in the main goal and the other working across. 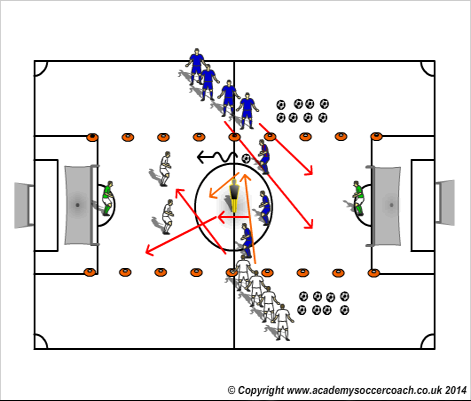 -Set up suitable for numbers and ability.

-The blues attack the white 3v2.

-As they cross the half way line another white player joins in from the side to make it 3v3. They must run around the mannequin.

-As the blues enter the opposition half two more blues join the other end ready to defend the next phase.

-Once the blues 3v2/3v3 is finished the same process continues. The blues who just attacked drop out and the whites who just defended break 3v2.

-You can use all sorts of numbers. 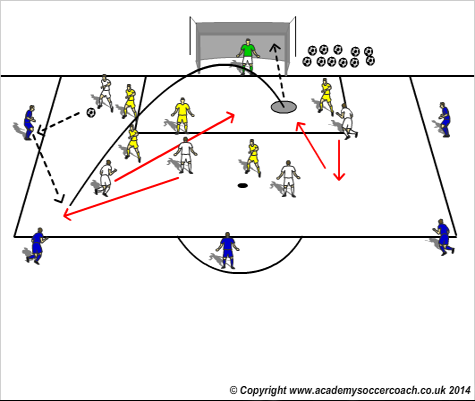 -As shown on the diagram.

-Yellows and whites have a fight in the 18 yard box.

-The team in possession of the ball, can only score once they visit the blues on the outside and receive it back.

-If the other regain possession they must then go through the same process before scoring.

-The blues play off one touch.

-We did first team to win 5 matches. 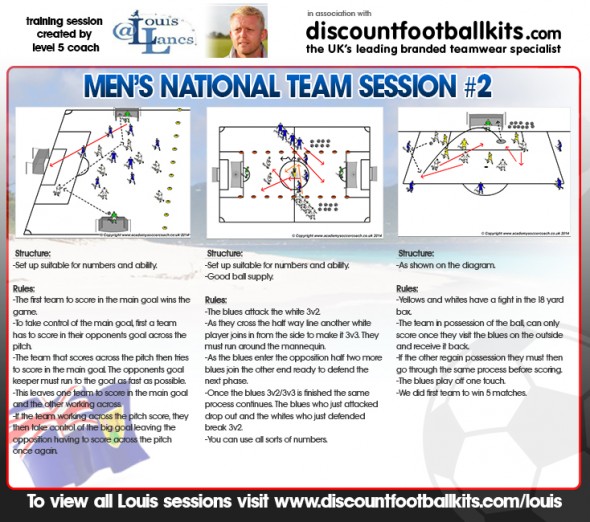