This training session is focused on direct play from midfielders.

Louis has also given us two examples of direct play from two midfield giants. 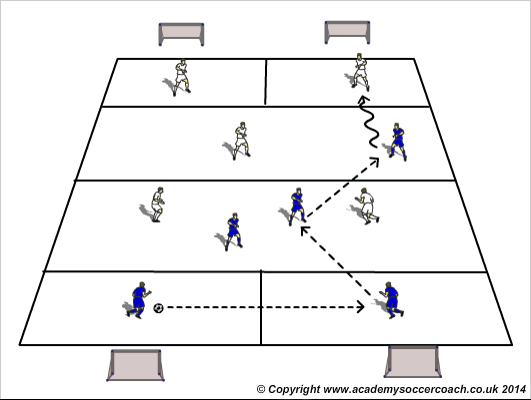 Structure:
-Set up the area as above. Vary the size depending on age, ability and numbers.
Rules:
-2 CB’s for each team at one end each in their own box.
-When a CB receives a pass, they must transfer the ball across to the other CB before returning the ball back in to the game.
-3v3 in the middle with the rule that they can never all be in the same half . Encourage plenty of movement and rotations.
-The 3 in the middle can pass the ball back to the CB’s if there is a problem, however once the ball goes the CB remember the rule where they have to pass it across.
-The idea is that a midfield player can break out from the middle and attack a CB 1v1 towards a goal. 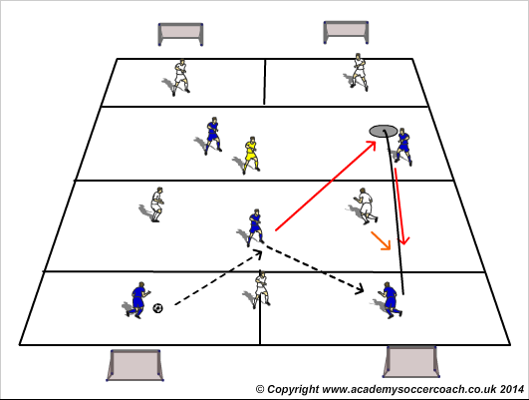 Structure:
-Same as the previous session
Rules:
-Similar rules as before.
-The defending team have the floater/magic man/extra player.
-When the ball is with the CB’s 1 defender is allowed in to press .
-The team in possession must find alternative ways of getting the ball to both CB’s.

Let us have your feedback on this training session, and if it will help any grassroots coaches out there produce the midfield stars of the future. 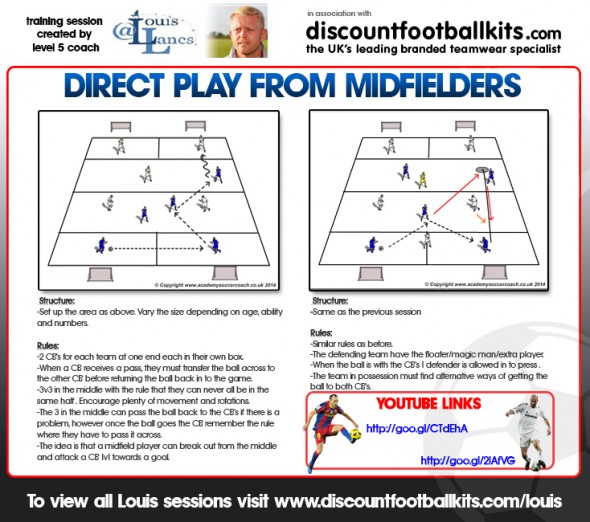 Thank you for this session. It is just what I needed to work on with my boys teams. Keep up the good work, Your sessions help me out more than you will ever know!