Missing Out/ Playing Through Midfield

Turn defence into attack with speed by missing out or playing through the midfield. These attacks can be devastating to teams, as a result these type of training drills are important for the modern coach.

Tip: In this training drill you may need to use football bibs to differentiate between the two teams. 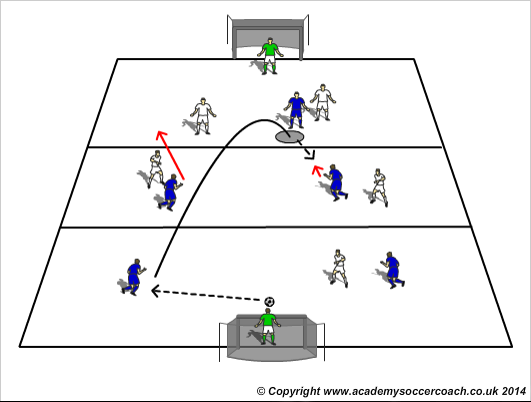 -The two defenders are in the defending third 3v1.

-They must deliver the ball direct to the striker.

-They can either play a fast pass on the ground or go over the top.

-Once the striker receives the ball they can either turn or lay it off for the midfielders.

-The two midfielders then join the attack to create a 3v2.

-If the whites win the ball they must go through the same process.

-Add another striker or midfielder to suit the needs of your formation. 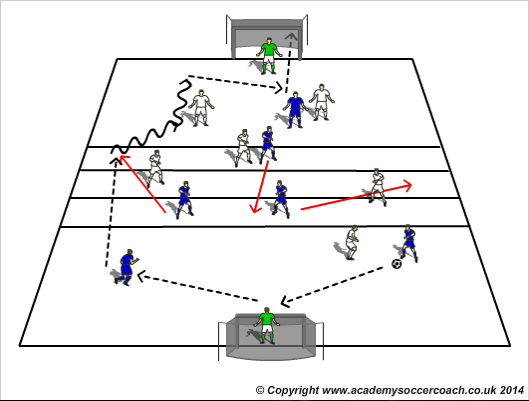 -Similar process to the previous game.

-This time the ball must go in to the middle third.

-The midfielder on the ball can then break out into the end zone 2v2.

-Set a challenge for the midfielders. Can they try and all be on different lines in the middle third.

-I like to treat the areas like a basketball key, where the players try not to spend more than three seconds in the same line.

-Allow a defender to drive into midfield meaning a midfielder must then move into the final third.

-Give the players a choice whether to miss out or play through midfield. 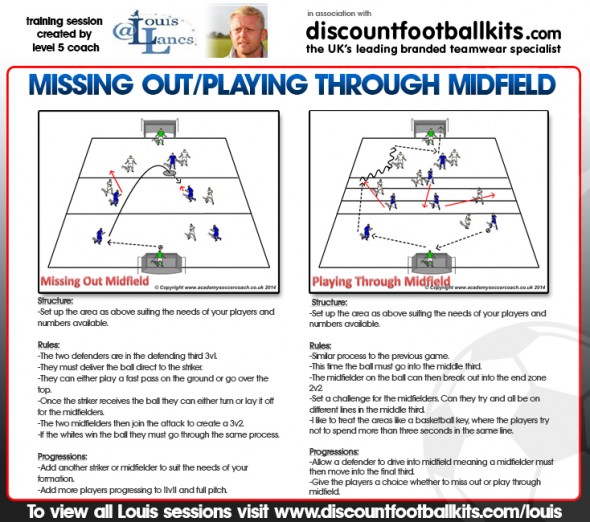