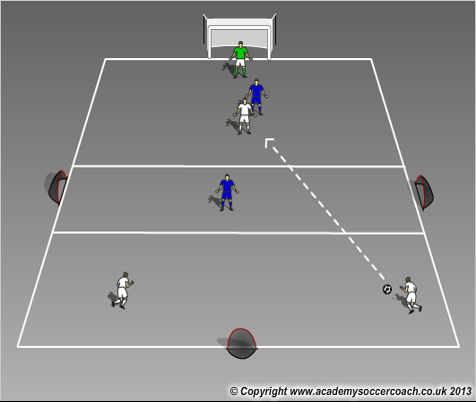 -Keep it narrow, as any wider would mean adding wide players. The aim is to attack central.

-The whites try and get the ball to the FW.

-The blue player in the middle channel moves laterally to screen the pass..

-Once the white FW receives the ball they must try and turn to score.

-If the blues win the ball they must aim to score in any of the 3 goals around the perimeter.

-Add another blue player in the middle channel.

-Once the ball gets to the FW either one of the whites can join the attack.

-A blue player can also join in to make it 2v2 in the final zone. 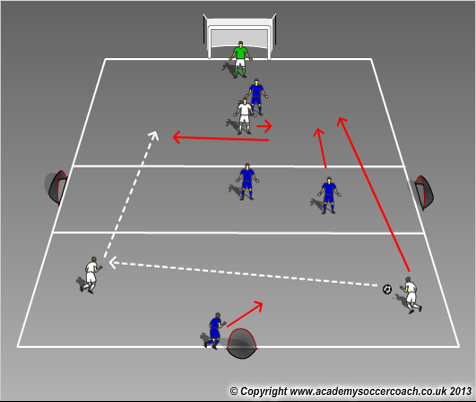 -As soon as the ball enters play for the whites the  blue player can join in after 2 seconds.

-Pass against the defenders movement.

-Play over, around or through the channel.

-Roll the defender or face them up.

-Create half a yard for shooting opportunity. 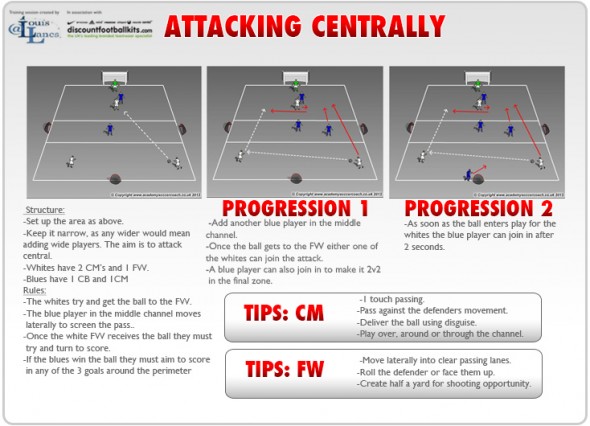