Louis Lancaster takes us through a variety of drills for 1v1 training drills. The equipment used in these training sessions includes footballs, football cones, and small football goals. 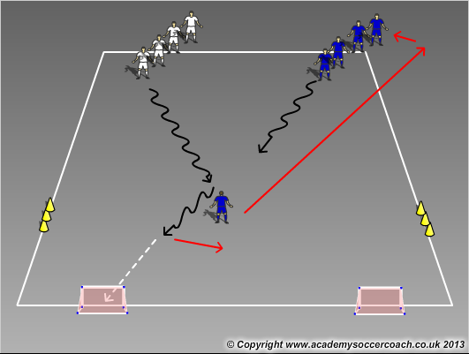 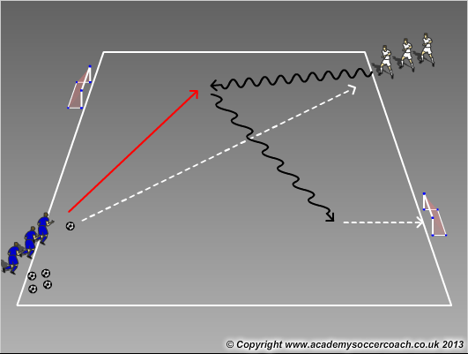 The blue player passes to the white. The white player can now score in either goal. 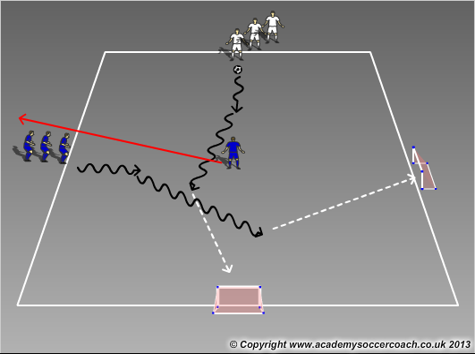 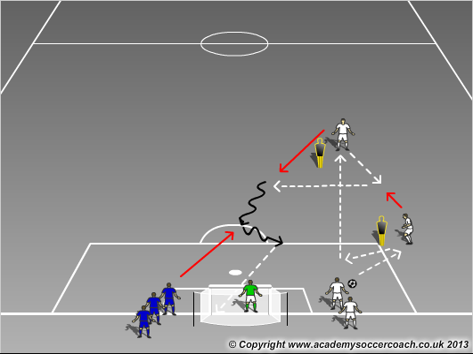 The whites perform a simple pass and follow resulting in a 1v1 towards goal.

The blue player attacks the white player 1v1 in the square. They can leave the square either side producing a shot at goal. 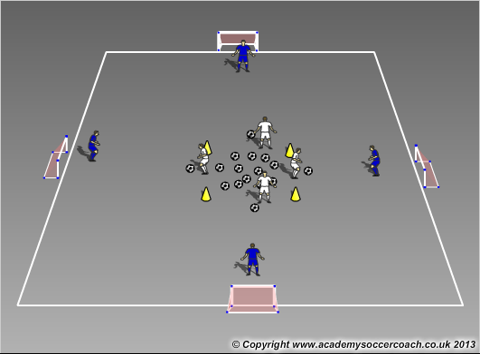 The whites have 3 minutes to score as many goals as they can. 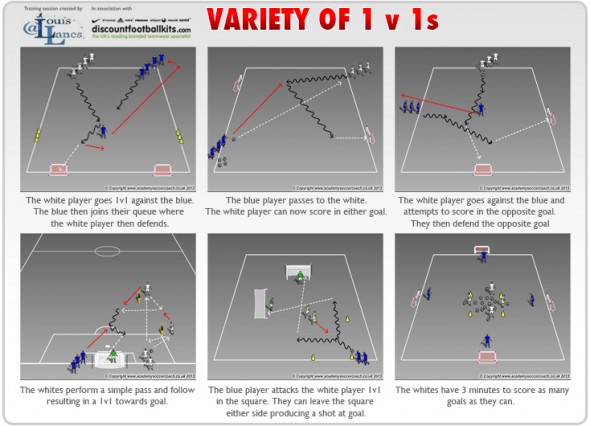