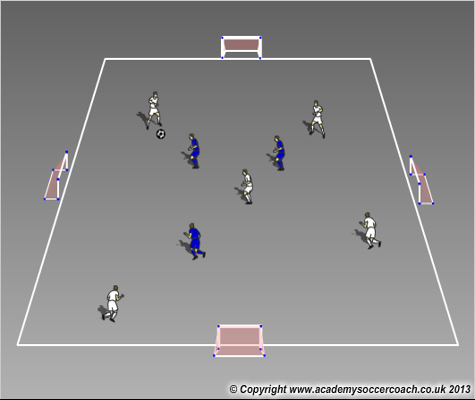 -The whites keep possession of the ball against the blues.

-The whites must play off 1 or 3 touches ONLY.

-If blues win possession they can score in either of the goals.

-With more players make it a transition game with another box. 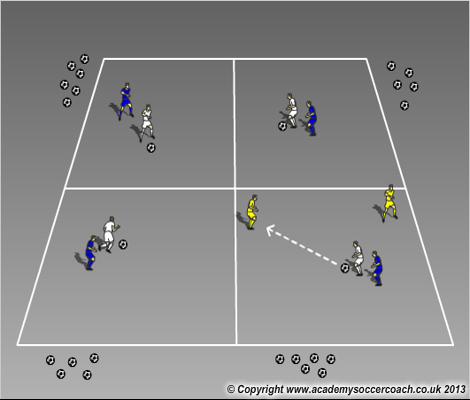 -The idea is one player protects the ball in the square from the other.

-Have a good supply of balls, if one player fails to secure the ball then the other protects it.

-The yellows have to join a square to make it 3v1 and make 10 passes with however is in possession of the ball.

-When it turns in to 3v1 give players the choice of 1 or 3 touches. 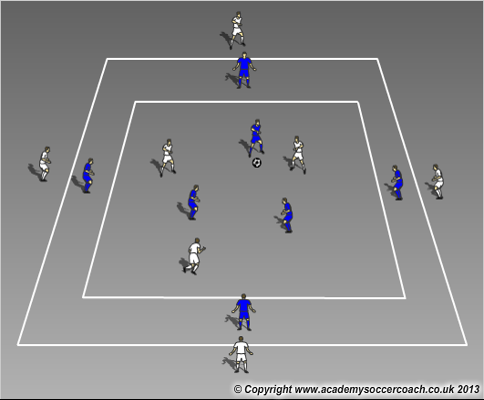 -Blues keep possession and use the blues on the outside.

-Blue servers have to protect the ball from the white servers behind them. They must have 3 touches before lending it back in to the game.

-Whites keep the ball and use the whites on the outside. They must try and play a wall pass as their pressure is in front from the blue servers.

-Allow the blue servers to turn. 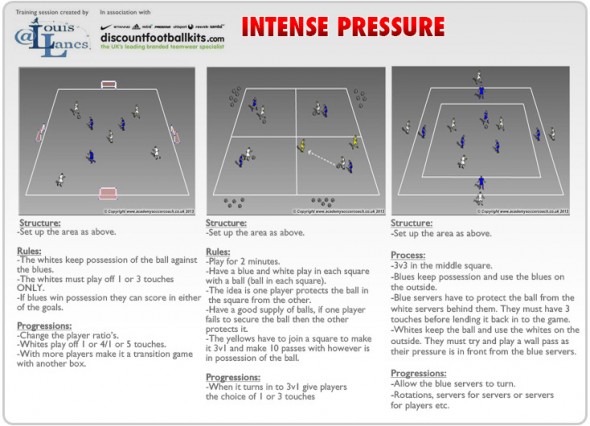 Would you have any set pieces or free kicks

Hi Lee, we think they can be added in. You can tweet @LouisLancs for any suggestions or questions.