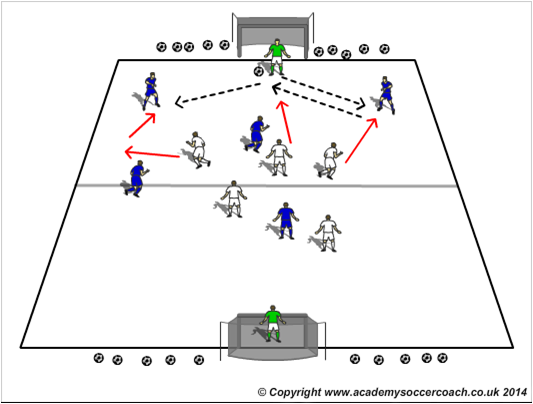 -Every time the ball goes out of play the game restarts from the keeper who is to play in.

-The team in possession can must make four passes in their half before they can play out in to the oppositions half and attempt to score.

-I usually play for 3 minute blocks as I like the session to be very intense.

-I like to then give the team in possession a choice. 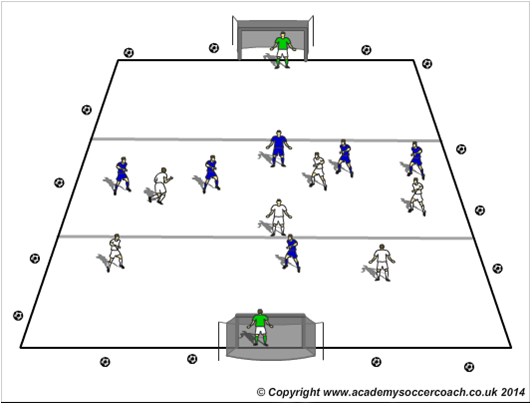 -Set up the area as above suiting the needs of your players and number available.

-Player must try and get the ball to the opposite keeper in specific third of the pitch depending on the coaches command.

-This will then get the team not in possession either pressing, dropping off or defending extremely deep.

-Once players grasp the practice I would suggest the coach changes the thirds regularly to test and stretch the players capabilities.

-If the coach commands the middle third for example, the team in possession can get the ball to the goal keeper from this third for 3 points or choose another third for 1 point. 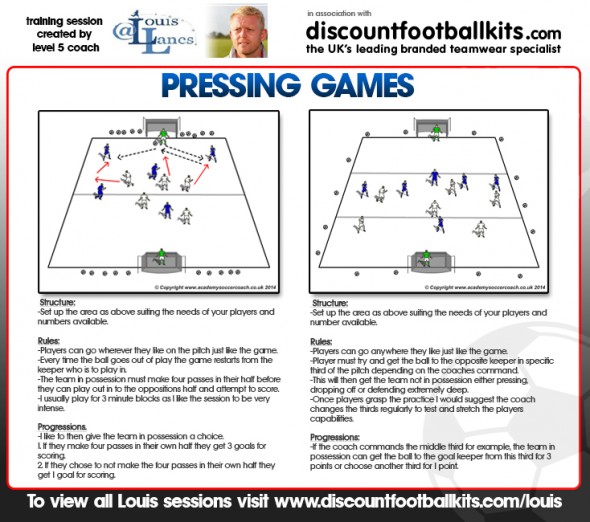