Playing Out From The Back

You can view another training session based around playing out from the back here. 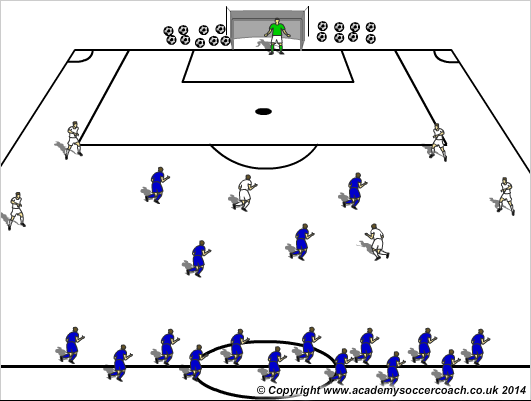 -To keep it as realistic as possible use half the pitch.

-The game can start with a goal kick, coach sending it in to any white player or the blues attacking the goal.

-I would mix up the starting mechanism to keep players guessing.

-The whites have to dribble the ball past the half way line.

-On each phase the coach sends different numbers of blues.

-The whites may play out against 3 blues one minute then 6 the next.

-If the blues win the ball they can go for goal.

-When the ball is dead the blues retreat to the halfway line.

-Get the blues to press/drop/man to man 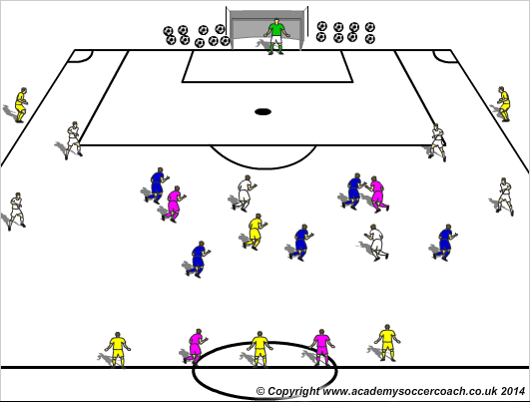 -To keep it as realistic as possible use half the pitch.

-Similar to the previous game.

-The whites are in place to try and play out from the back.

-The white will try to play out against the yellows, pinks and blues one team at a time.

-Notice the yellow, pink and blues have different numbers of players  which the whites have to notice.

-In the diagram the whites are playing out against the blues.

-The two teams that are resting (pinks and yellows) can rest wherever they wish.

-The idea behind this is that they can effect play immediately when it is there turn.

-Get pinks to press, yellows to drop and blues to do what they want.

You can purchase the pink, white, yellow, and blue football bibs needed for these training drills here. 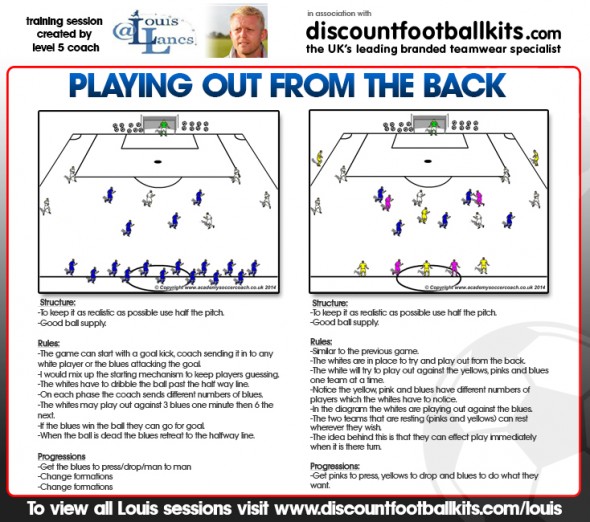