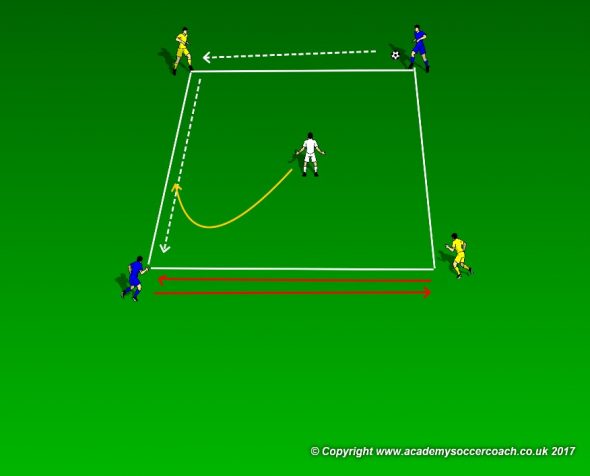 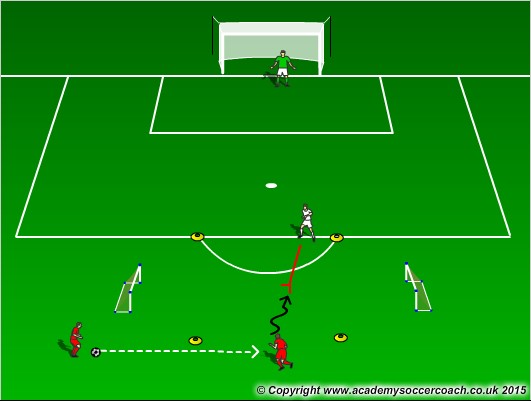 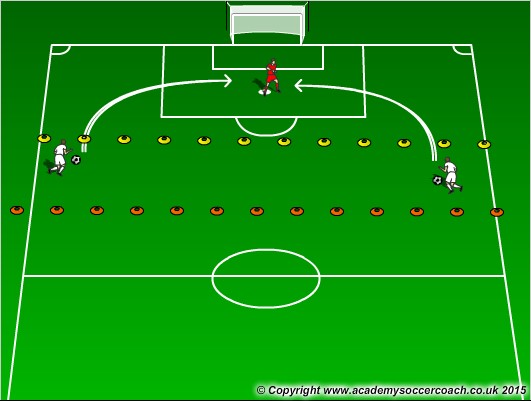 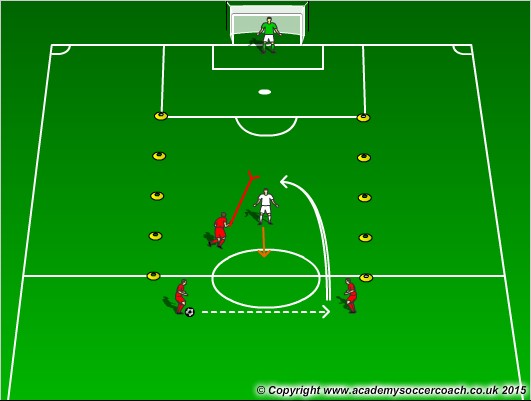 A striker looks to get in behind the defender whose job it is to prevent them receiving the ball and looks to catch them offside.