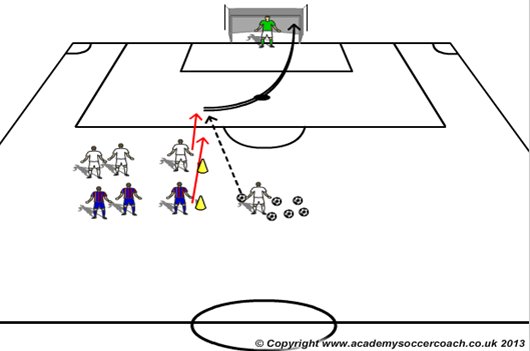 The ball gets played through for the striker. The striker aims to score with the defender trying to prevent a goal.

-Cut across defender to eliminate them

-Accuracy, weight and disguise for shot 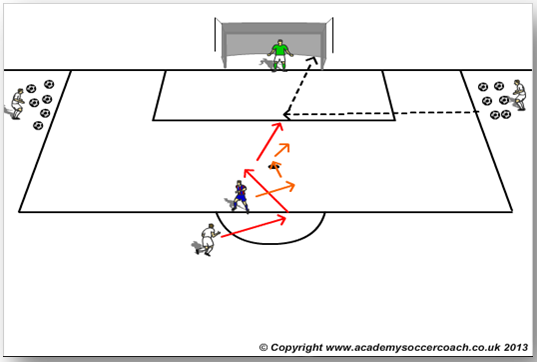 The striker has to move into the box to get into a position to score. The defender tries to prevent a goal

-Movement 1 second before the ball is played into box

-Slow cross needs to go to near corner 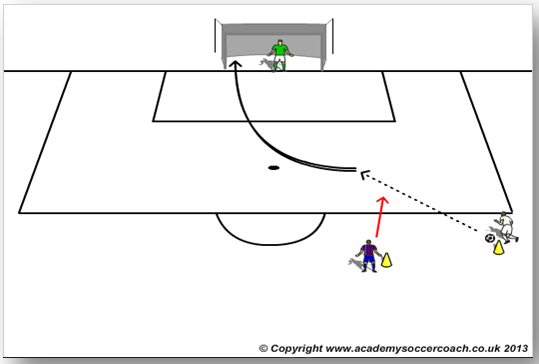 As soon as white player touches the ball to go for goal the defender reacts. 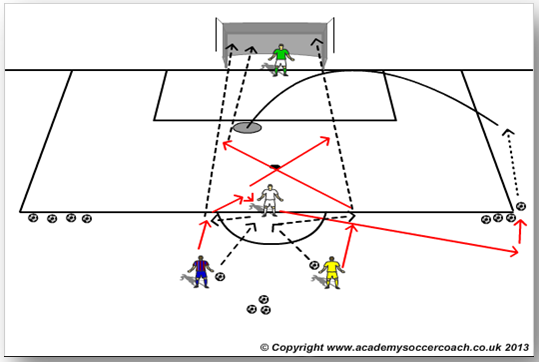 Blue to white, white sets for blue to strike. White then runs to collect a ball on edge of the box to provide a cross.

Yellow to blue, blue sets for yellow to strike.

Yellow and blue then run into box to receive cross 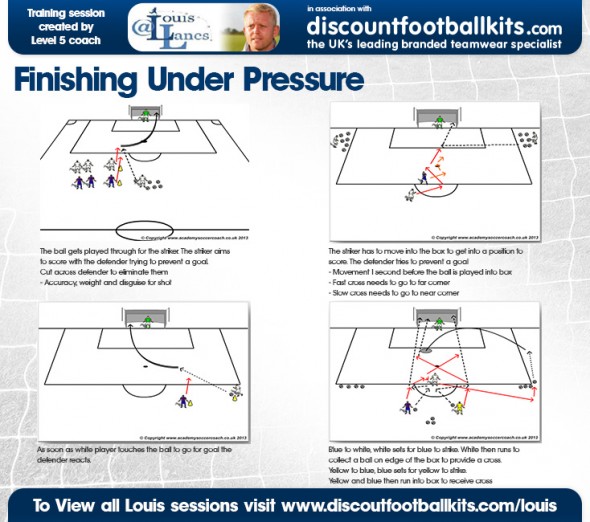