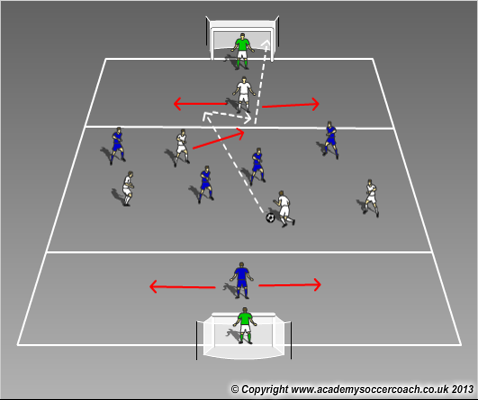 -Blues and whites fight in the middle for possession.

-The idea is to get the ball to your teams striker in the final third.

-The striker then sets it back for a team mate to shoot at goal.

-The team mate who took the shot can then replace the striker.

-Have good ball supply as you want a high tempo.

-Get players to play forward when possible. 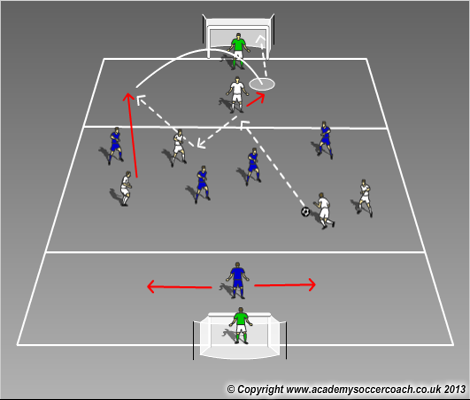 -Similar to the previous game.

-This time the striker sets back for a team mate to play in a winger. #3rdManRun

-The winger then crosses for the striker.

-Add a defender in the end zones.

-Play from the keeper and allow to players to drop in and receive the ball in order to play out from the back. 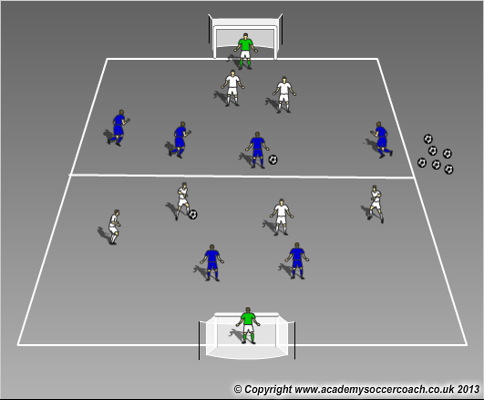 -4v2 going towards goal in each half.

-The 4 attackers must make 4 consecutive passes before scoring.

-Rotate players after each game.

-To spice things up always play by 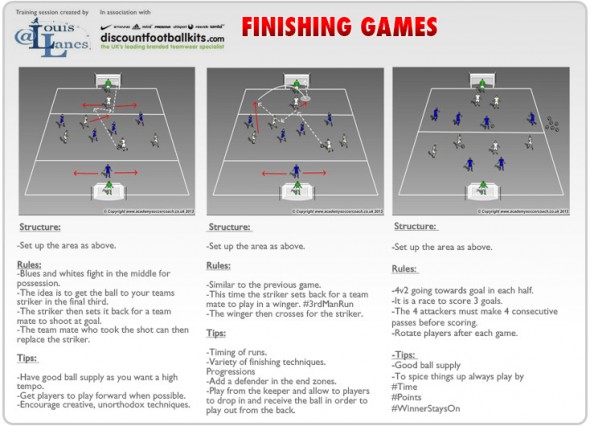