Finishing In The Box #CAGE

This training session is focused on finishing in the box for strikers.

Louis has given us two examples of top finishers in action. 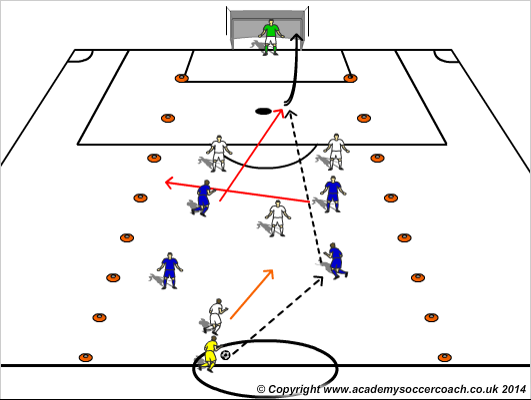 -The idea is for the strikers to score in the penalty area also known as the #CAGE.

-The coach plays in a ball to the whites who are currently 4v3.

-As soon as the ball is played in a defender placed on the half way line can recover to make it 4v4.

-The defenders are not allowed in the box. This rule encourages the strikers to run in behind.

-If the defenders win the ball their job is to play out trying to hit the coach on the half way line. 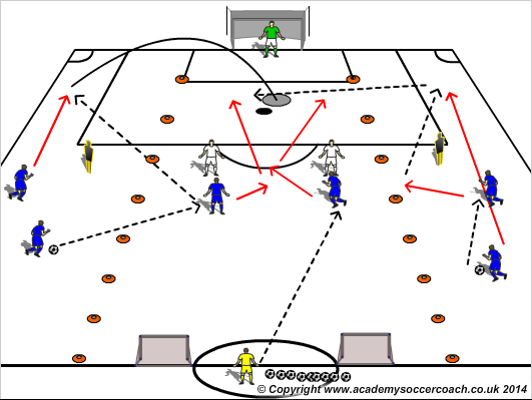 -There is a combination wide ending in a delivery in to the box.

-This is repeated on the other side.

-The strikers are trying to create space, lose their marker and score.

-As soon as both crosses are completed the coach passes to a striker for a 2v2 battle.

-If the defenders win the ball they must try and play in the goals on the half way line.

The range of training accessories used in these drills include footballs, football cones, football bibs, and football goals. They are all available at great prices on our online store. 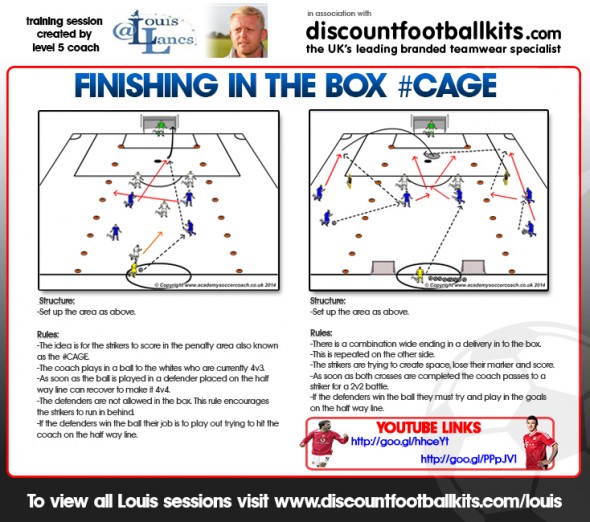