The  Watford U15’s football coach takes us through 3 transition games. The equipment used  in these games includes footballs, football cones, and football goals. 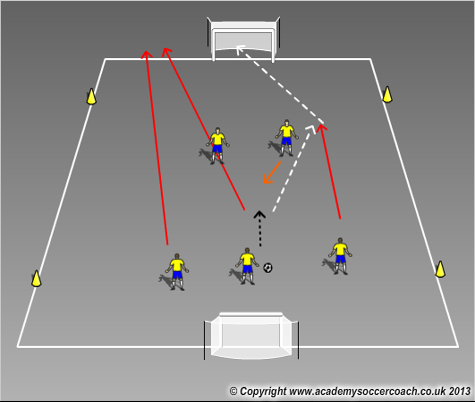 -They can only score once past the yellow cones.

-Whoever shoots/scores now becomes the defender in a 2v1 situation against the previous defenders.

-The two defenders try and score  down the other end.

-The other two who were previously in the three attackers now go to the top line. 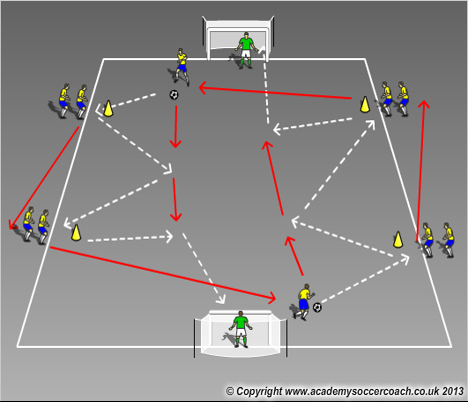 -The practice is symmetrical.

-The player with the ball plays a wall pass with the players on the side.

-Once they shoot they join the bottom station on the other side.

-The first wall passer moves to the next step.

-The second wall passer then becomes the player with the ball down the next side. 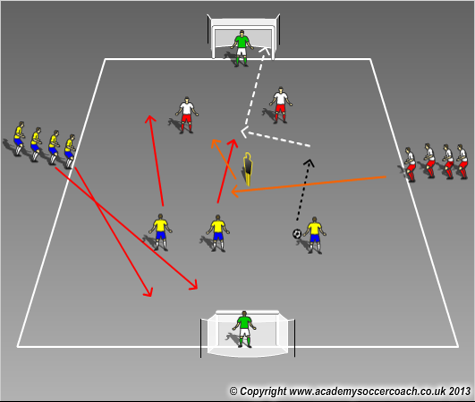 -The yellows attack the white 3v2.

-As they cross the half way line another white player joins in from the side to make it 3v3. They must run around the mannequin.

-As the yellows enter the opposition half two more yellows join the other end ready to defend the next phase.

-Once the yellows 3v2 is finished the same process continues, but this time whites attacking yellows 3v2. 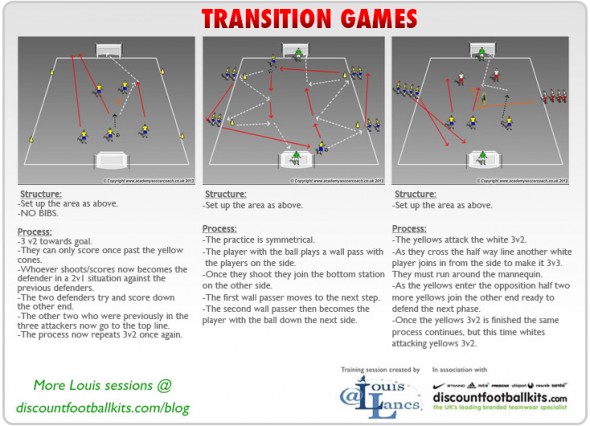