The four players in possession move the ball sideways trying to hit their two target players in front of them.

The yellows switch the ball side to side twice. 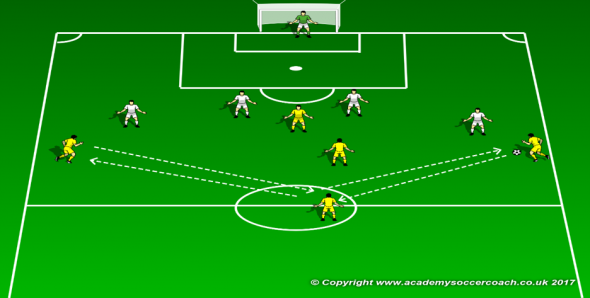