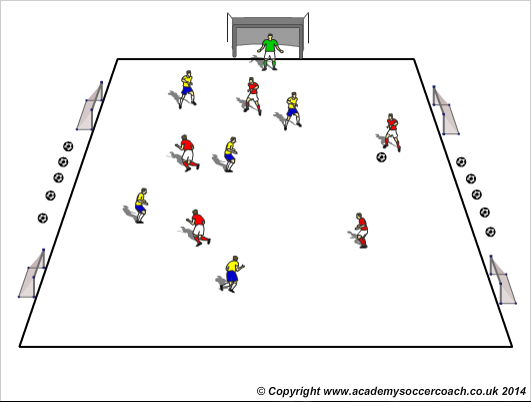 -Set up the area as above. Vary the size depending on age and ability.

-Yellows and Reds compete and try to score in either of the little goals at one end.

-If a team scores they then take control and can win by scoring in the big goal. If successful they win.

-However if the other team scores in the two little goals they then take control back of the big goal, leaving the other having to score in the little goals once again. 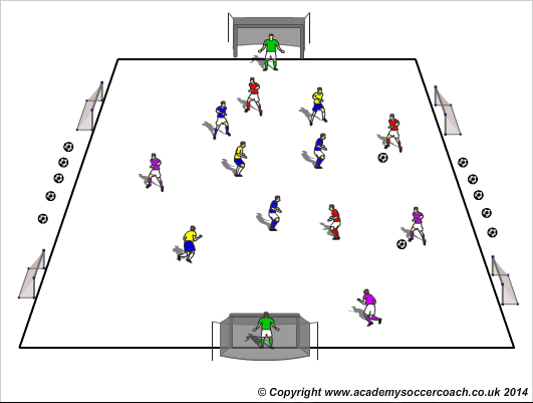 -Same rules as before, however this time there are two games going on at the same time sharing the same grid.

-Yellows and Reds play across and use the top goal as control.

-Purple and Blues play across and use the bottom goal as control.

For this training session you could use Samba Goals, while the teams are playing horizontally across the pitch. 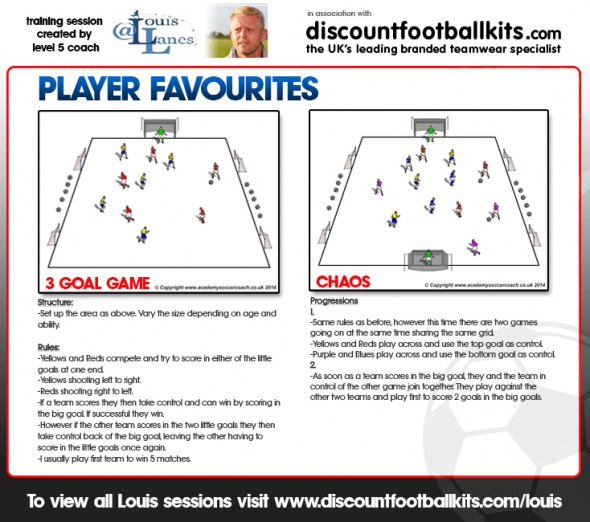