The possession games below will help your team retain possession of the ball, even while under pressure. 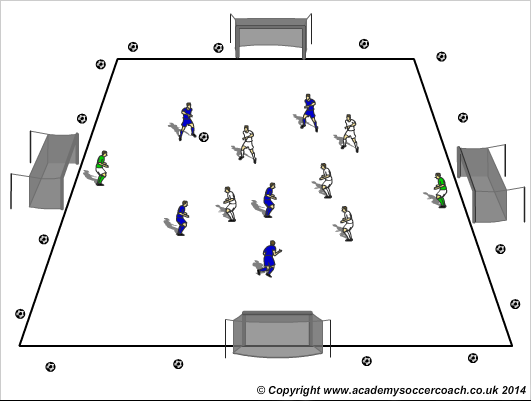 -Two teams battle in the middle.

-Blues shoot in one goal with whites in the other.

-On the coaches command the goal keepers swap goals meaning the game is played up and down the pitch.

-The coach can change as many times as they like.

-Once a team scores the goal keepers change goals. It is then the first team to score two goals in succession wins the game. 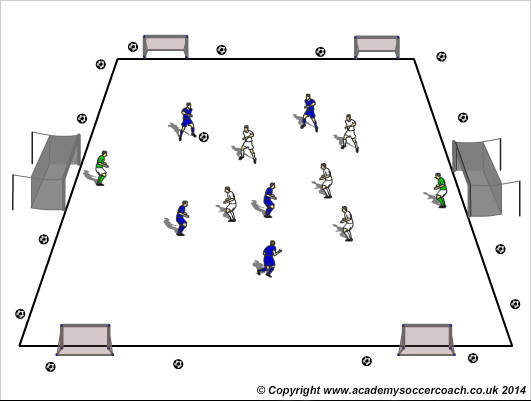 -The blues must score in either of the little goals at the bottom.

-The whites must score in either of the goals at the top.

-Once a team scores they now take control of the big goal.

-The team to score in the big goal wins the game.

-The whites would then have to score in the little goals again to take control. 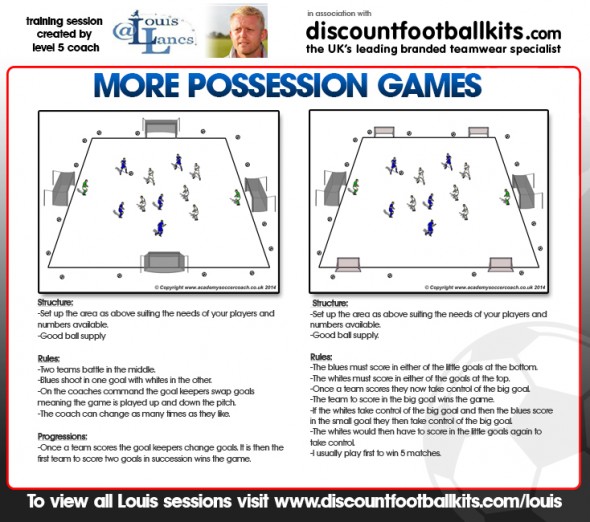 The football equipment used in this training drill includes footballs and football goals, both available here at Discount Football Kits.