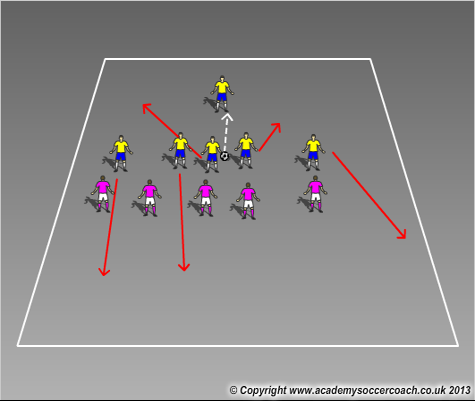 -Set up the area as above keeping the (40x30yards

-To score players must run the ball over the end line with the ball in hands.

-A team has 3 plays. They can only run and pass the ball (not kick).

-They can pass  and run in any direction.

-The defending can only tag the player in possession. Once they do this, play stops and they attacking team lose a play. (remember they only have 3 plays).

-If the attacking team drop the ball that results in a turnover. 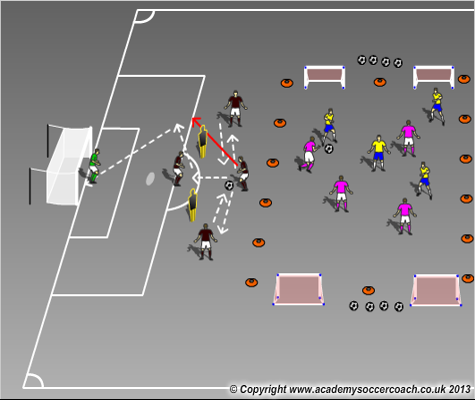 -Two teams having a fight.

-A team plays 2 games and then off.

-Central player uses the wide players to move the ball laterally across the pitch.

-At any time they can play a forward one touch pass and combine with the striker for a wall pass, to then produce a shot at goal. 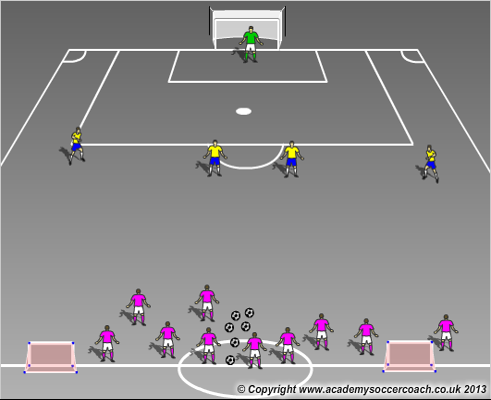 -10 attackers take a ball from the half way line and attack the 4 defenders.

-On losing possession they must return to the half way line within 4 seconds. Failure to get back will result in a goal for the defenders.

-The defenders defend the goal. If they win the ball they must put it in a goal on the half way line within 4 seconds otherwise the pinks get a goal.

THEY DID NOT SCORE

If you would like to replicate these training sessions you will need the following accessories; football bibs, football cones, footballs, and football goals. 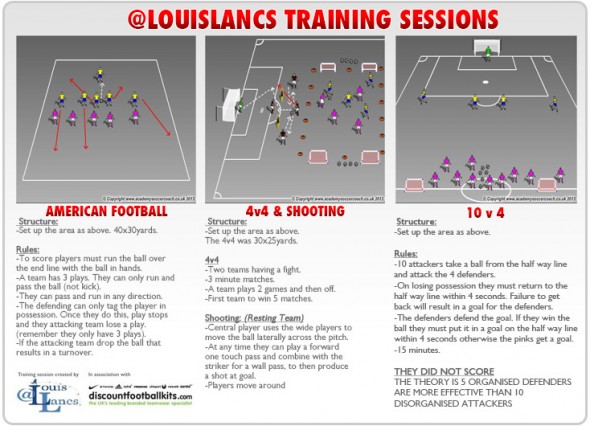