This drill features striker-specific challenges that look to improve and develop a striker’s individual contribution and ability. This is achieved through drills that focus on reactions, running in behind and quick counters. 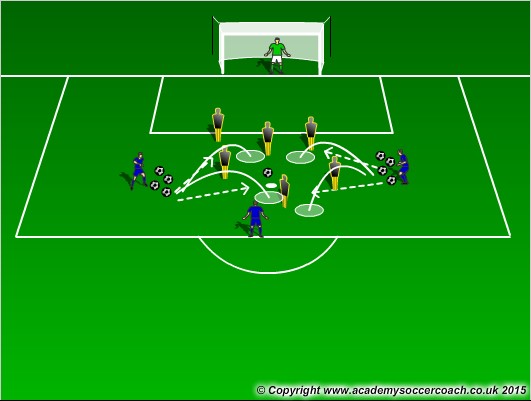