The Football League once again has artificial football pitches on its agenda for discussion at their AGM this weekend. 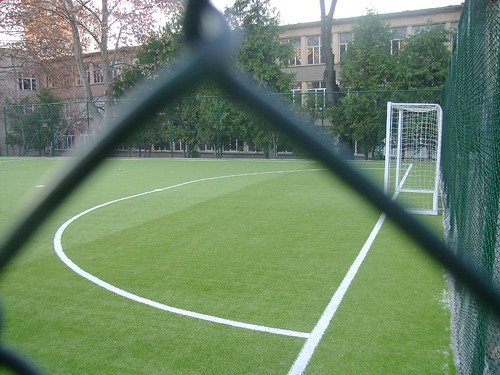 The meeting, which will be held in Portugal and will feature representatives from the 72 clubs, will re-visit the issue of fake pitches – an issue that has caused much contention. It comes after the Football League held a two month long public consultation to gauge opinion on the matter.

It’s not something that will be able to be implemented in the Premier League due to rule I.29 stating ‘no league match shall be played on an artificial surface’. There is no such rule for the Football League though and several clubs are known to be keen on introducing them. Championship sides may hesitate to sign up to artificial pitches because if they were to get promoted to the PL then they would have to rip up the pitch and revert to a natural surface, meaning that investing £500,000 in an artificial pitch may be unnecessary and pointless if promotion looms.

They are a good way of saving money on maintenance costs and also opens up the option to rent out the pitch – something which will be an attractive lure for league clubs with low revenue. It also means that players can don their bibs and train constantly on the ground with other football equipment without the surface suffering, which could lead to a further increase in revenue after cutting the costs of a separate training ground. Getting a feel for a strange surface could even give the home side an (unfair?) advantage.

Artificial pitches could also be accused of spoiling the unpredictable weather conditions which test players to the limit. It would remove the ability to slide into a tackle from 10 yards away in the pouring rain, or give footballs bouncy-ball characteristics in the dry summer pitches. It would put an end to mud-soaked football kits too.

If the motion is successfully passed then the football league will submit proposals over summer to the clubs with a view to reintroducing artificial surfaces during the 2012-2013 season for a introductory period of five years.

I’m trying to start a team in Seattle