Coming off the back of a successful campaign in the Cyprus Cup after defeating South Korea 1-0 in the final with a great goal by Dickenmann in the 58th minute. Switzerland won on their first appearance in the Cyprus Cup, having held Belgium and beating Italy 6-0 on route to winning the cup, two teams they could eventually meet in the Euros. Switzerland will certainly have confidence on their side and will certainly need the form of Lara Dickenmann to continue as they aim to win this the Women’s Euro 2017. 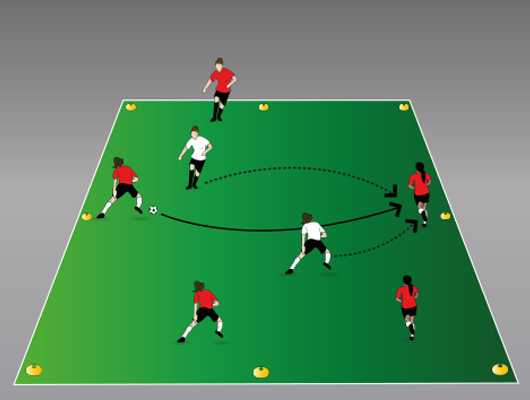 The player who gives away possession plus the player to their left replaces the 2 defenders in the middle.

Players stay in the middle if the ball split the 2 defenders. 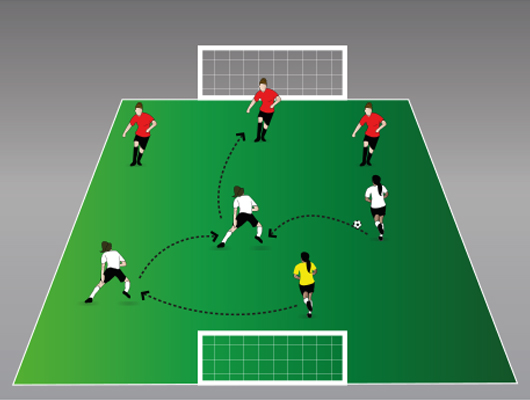 Attacker attempt to build up play so they can play the ball forward to the neutral.

Defenders must intercept the ball going into the neutral but cannot tackle attackers (Passive defenders). 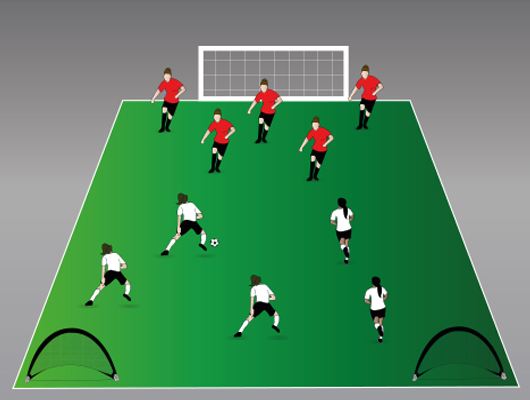