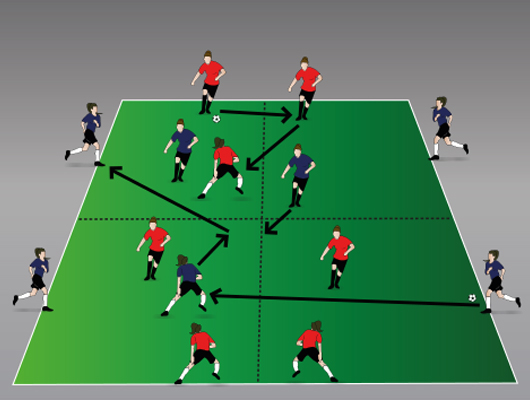 Players to transfer the ball from one side to the other playing through the 3 central players.

Once ball is transferred target player exchange passes before playing back in.

Rotate players on inside after set period of time. 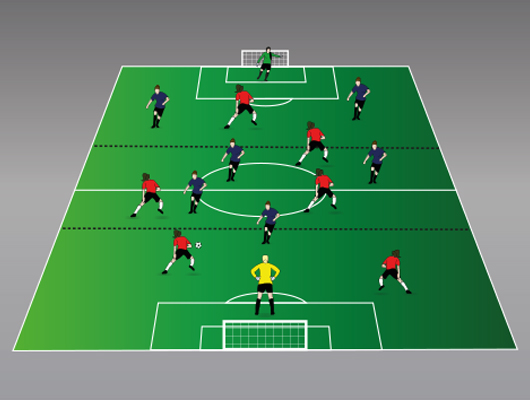 Attacking team to try and score by playing through the midfield zone first. Once ball enter final third 2 centre midfielders can join into create overload.

If the team scores, restart from the Goalkeeper.