The increase in both coverage and popularity the women’s game over the past few years has been exponential. Whether you have been a longtime fan or are just now beginning to follow women’s football, we’ve got you covered. Girls Football Week runs from 6 Nov – 12 Nov and amongst our ambitions to raise further awareness for this side of the game along with increasing participation levels, we bring you our list of the top 10 players in women’s football.

The 32-year-old midfielder is widely regarded as one of best playmakers in Women’s football. She’s spent most of her career in her homeland of Japan with Okayama Yunogo Belle who she’s played 222 games for in two separate spells with the club, scoring 107 goals in the process.

However, it’s representing Japan on the international stage where Aya has made a name for herself. Since making her debut in 2003, she has played 162 and scored 38 goals. She’s also won the biggest prize in Women’s football when she was a key figure in the Japanese team that won the Women’s World Cup in 2011. She had an exceptional performance in the final, scoring the first goal in the game, and controlling the game effectively throughout. After taking over the captaincy in 2012, she again reached a World Cup final again in 2015, where they finished after being beaten by the USA who got their revenge for final, with a comfortable 5-2 victory.

She has a low of gravity and quick agility which allows her to create space for and a great passing range. She’s also renowned for her ability which she punishes opponents from regularly.

The striker has been one the key players in the USA’s recent dominance of women’s football.  After spending all her career in America with numerous teams, including two titles with Western New York Flash and Portland Thorns, she’s recently moved to Europe with the success Lyon Women where she’s enjoyed an impressive start with 5 goals in her first 8 games.

Away from club football, she’s enjoyed an incredible international career with , where she’s played 130 games, scoring 77 goals. Since making her debut in 2010. Her success started in 2012 Winning Olympic Gold, before being part of the team that won the 2015 Women’s World Cup. Her success with America has led to global fame where she’s done a range of endorsements, leading her to be the highest earning women’s player as ranked by TIME magazine in 2015.

Not only a prolific goal scorer, Alex has incredible playmaking abilities thanks to her strength and passing ability, which has been pivotal in the USA’s success.

The 27-year-old defender is a serial winner with her club Lyon in France. Since joining in 2006, Lyon won an unprecedented 11 straight league titles, including 7x French cup & 4x Champions League victories.

Just shy of 100 International caps, Wendie has also enjoyed success with France on the international stage, most notably winning the cup in 2017.

Captain of both France & Lyon, she’s widely regarded as one of, if not the greatest captain to ever play the game. However, it’s her goal threat as a defender which she’s most noted for. Standing at 6ft 2″, she’s lethal from set pieces. Scoring 47 goals in 163 appearances for Lyon, & 19 in 92 for France, she boasts an unbelievable record for a defender.

The 25-year-old midfielder is one of the most exciting players in the Women’s game. She enjoyed success in her homeland with FFC Frankfurt where she won 2x German cups, before winning the Champions League with them in the 2014/2015 season. She moved to Lyon Ladies where she won an incredible treble in her first season which included another Champions League title, as well as the French league, and French Cup.

She took over the Germany captaincy in 2016, where she’ll be hoping for further success to add her titles which include Women’s U-17 Championship in 2008, U-20 Women’s World Cup in 2010, Women’s Championship in 2013
and a Gold medal at the Summer Olympic Games in 2016.

With unbelievably quick feet, dazzling skill moves, flair the vision to pick out , and take opposition players out of the game, she’s mastered the art of the number 10 role.

The 31-year-old is the midfielder managers dream of. She recently retired from International football with Germany after being a key part of the Germany Team that dominated women’s football for so long. After making her debut in 2005, she played 123 games, scoring 34 goals, before retiring in 2016. She remarkably won every international title available to her, which included the World Cup in 2007, Women’s European Championship in 2009 & 2013, and winning Olympic gold in 2016 in her last game.

She’s currently playing her club football at Bayern Munich in her second stint at the club after re-joining from 1.FFC Frankfurt where she made 97 appearances scoring 20 goals, winning 2 German cups in her time there. In total for Bayern she’s played 85 games, scoring 21 goals and won back to back titles in 2014/15 and 2015/16.

The complete box to box midfielder, her incredible stamina allows her to give 100% every game. She also great midfielder traits including passing, tackling and shooting making her effective and dangerous in all areas of the field.

The 25-year-old defender has established herself as one of the best defenders in the world with her performances for club and country. She made her debut for Sunderland at 16 after being promoted from their youth and quickly established herself as a key player. She went on to play for Everton, before moving to Liverpool where she won two consecutive league titles in 2013 & 2014 before moving to Manchester City where she won another league title, as well as the FA cup and league cup. Her success her to the attention of European heavyweights Lyon who signed her for the start of the 2017/18 season.

She has also impressed internationally for England, establishing herself as choice fullback. She’s been a huge part of England Women’s recent resurgence where they finished third place in the 2015 World Cup, as well as impressing in the recent Women’s Euro 2017 tournament where they reached the semi-final.

With pace to intercept passes and bring the ball out of , as well as good passing and crossing ability she offers the complete modern fullback package. Solid defensively, and threatening going forward.

The 22-year-old striker has an unbelievable strike rate in her relatively short career so far, which has the world standing up and taking notice of her. She started her career in her native Norway in 2012 where she played for Kolbotn scoring 15 goals in 30 games, before moving to Stabæk the following season where she scored 24 goals in just 18 games. She moved to Germany in 2013 to play for Turbine Potsdam where she scored 11 goals in 25 games, before getting her big break where she signed for arguably the best team in Women’s football, Lyon Women in 2014. She’s been prolific in France, scoring 88 goals in just 69 appearances.

Representing Norway, debuting in 2011, she’s scored 38 goals in 66 appearances, and won several individual awards including Norwegian sportsperson of the year 2016.

She has positional play which allows her to create space for herself in dangerous positions, as well as devastating finishing ability.

The 24-year-old midfielder has shot to stardom in recent seasons in recent seasons after her recent performances. She’s played football across Europe, enjoying spells in the Netherlands, Belgium, Germany, Sweden Spain. She’s recently joined Barcelona after an impressive stint with FC Rosengård where she scored 20 goals in 29 appearances, winning both the Swedish and the super cup in 2016.

She’s also enjoyed success Internationally with the Netherlands. After scoring the Netherlands first ever World Cup goal in 2015, Lieke continued her impressive form and went on to be player for in their Women’s Euro 2017 victory, scoring three goals in the tournament. She was deservedly awarded the Best Women’s Player in Europe Award in 2017 for her performances.

With plenty of pace, trickery, and finishing ability she’s been referred to as the “Lionel Messi” of the women’s game.

At 35 years of age, the midfielder is in the twilight of her career, to continually deliver for both club & country.

She spent all of her playing career in America and even though scoring plenty of goals in the process had fairly limited success in the hunt for silverware. She joined Manchester City on loan in 2017 after deciding to get a taste of European football, and found instant success, helping Manchester City win the FA , scoring the third goal in a 4-1 victory over Birmingham City Ladies at Wembley.

However, it’s on the international stage for the USA where Carli has enjoyed the most success. She’s represented them an incredible 242 times, scoring 97 goals in the process. She’s won Olympic gold twice in 2008, and again in 2012, and won the Women’s World Cup in 2015, winning the golden ball after finishing to Germany in 2011. Her success on this stage saw her win the 2015 Women’s player of the year.

A tireless worker, she shows tremendous and supports her team both going forward and defending, whilst possessing the mental ability to create chances from nothing for both herself and teammates.

The 31-year-old striker is widely regarded as one of the greatest women’s players of all time. She’s played across the world, enjoying huge success during her time at many of her clubs. It was in Sweden during her time with Umeå IK where she established herself as one of the greatest players in the world. She scored an incredible 210 goals in only 103 games, which led the great Pele himself to draw comparisons of her to himself calling her “Pele with Skirts”. She won 4 Swedish titles, the Swedish Cup, and the UEFA cup in 4 years with the club. She moved on to America in 2009, enjoying two titles with FC Gold Pride & Western New York Flash. She returned to Sweden in 2012, with Tyresö FF winning another Swedish title in her 2 years there, before moving on to FC Rosengård where she added yet another 2 Swedish titles in her time there. She moved back to in 2017, with Orlando Pride, where she’s continued her impressive record with 12 goals in 20 games so far.

Internationally, she has been the pride of Brazil. Since making her debut in 2002, she has scored 105 goals in 101 games, which is an unbelievable record at international level. Although individually outstanding, she has endured a frustrating international career, often coming runners-up in competitions which include the 2007 World Cup, as well as being a two-time silver medallist in the Summer Olympics in both 2004 and 2008. However, she has enjoyed success in the Copa América, winning it two times in 2003 and 2010. She became the all-time leading goal scorer in World Cup history in 2015, scoring her 15th goal during the tournament, cementing her place in the history books forever.

In true Brazilian fashion, she possesses exceptional skill levels, utilizing her quick feet and skill moves to embarrass opponents, and has to burn, leaving defenders behind in a flash. Not only this, but her playmaking ability on the ball can create her team chances out of nothing. Her finishing ability is unrivaled, and with nearly 500 goals in her playing career, it speaks for itself.

For all your women’s team wear needs, browse our range here: 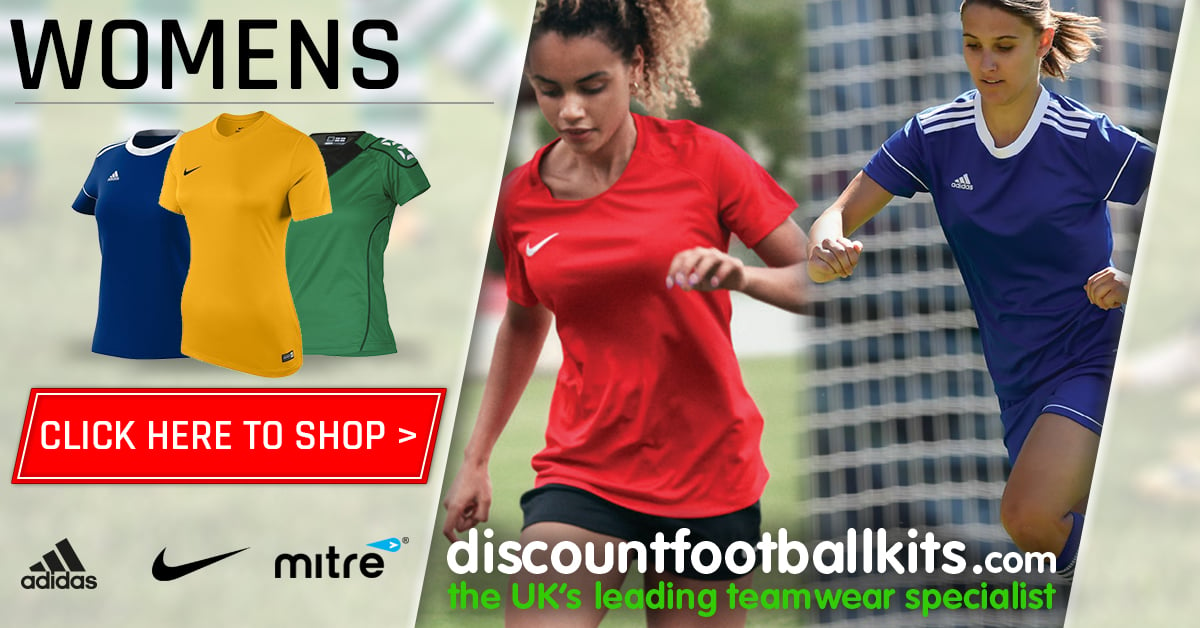