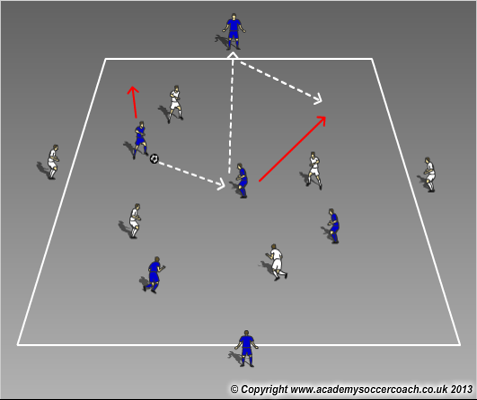 -Notice the target players on the outside.

-Blues and whites aim to get the ball to their target players on the outside.

-If a player gets the ball to a target player that is a trigger, once they get the ball to the other side this is a point.

-Once the ball reaches the target player, they must join the game whilst another player becomes the target. 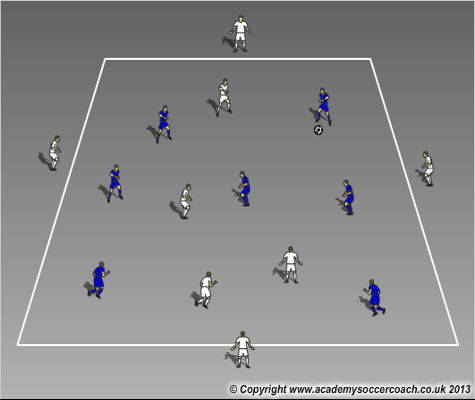 -Notice the four bounce players on the outside.

-The blues have the overload in the middle and try to keep possession.

-The whites have the under load and try to keep possession using the bounce players.

-You can restrict bounce players to one or two touch, this is up to you.

-You could play for 3 minutes and see who makes the most passes etc.

-Blues to identify when to play quick or slow.

-Movement from the whites in the middle.

Targets Inside The Game 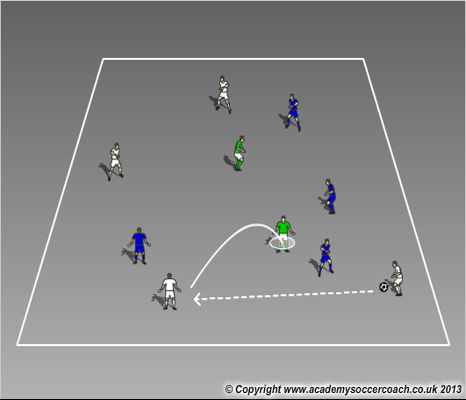 -Notice the two GK’s in the game as targets.

-Both teams try and get the ball into the GK’s hands.

-The GK then releases the ball to the team who gave it to them.

-The team must now make 2,3, or 4 passes before returning it.

-Every time is a point, play for time  or points.

-Instead of using GK’s, you can use poles,  gates, targets areas etc. 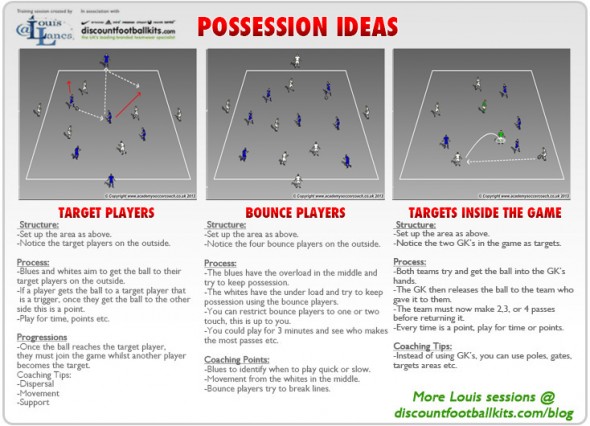