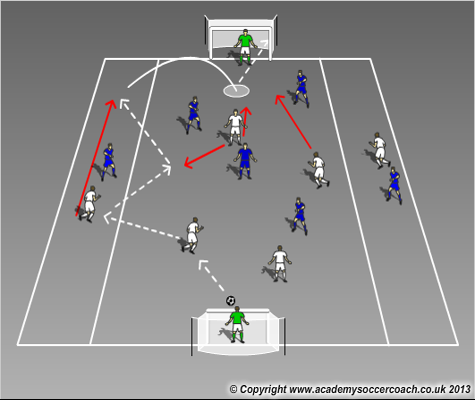 -Notice the wide players in the wide channels..

-Blues and whites aim to get the ball to their target players in the wide channels.

-Once the wide players receives the ball, they provide a cross  for the team to finish.

-For movement and realism, allow the wide players to compete against each other.

-Allow players out wide to rotate with players in the middle. 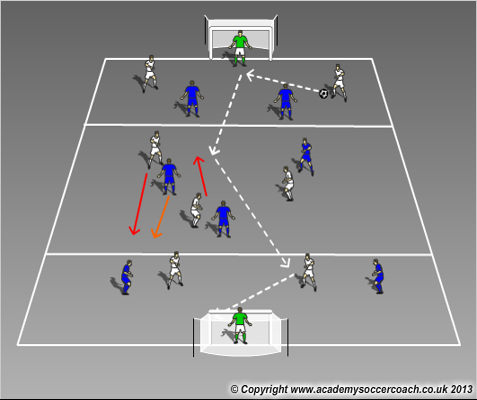 -Notice players in each of the thirds

-Normal game rules apply, however all players must remain in their thirds.

-Players can pass from the defending third to the final third.

-Players can join other thirds when in possession to create overloads.

-Players can join thirds out of possession to create under loads.

-Players can go anywhere they like in possession, but remain the same out of possession.

-Let teams deploy the number however they wish. 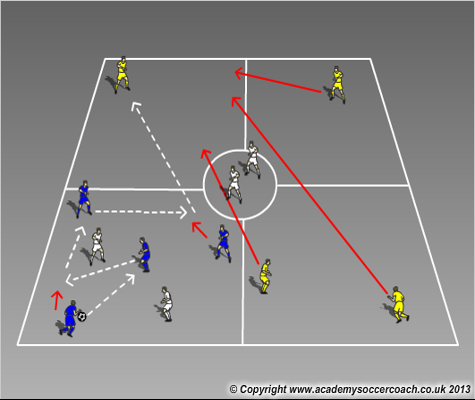 -The whites are the defenders. They have two in the grid with the ball and two in the middle zone.

-The blues keep possession of the ball in one grid. They must make 5 passes before transferring the ball to another grid.

-Whilst the blues keep possession for 5 passes the yellows cover the other 3 grids and so on..

-Instead of whites defending for a timed period,  change it to whoever losses possession goes in.

-Teams need a one touch pass/dribble/etc to another area. 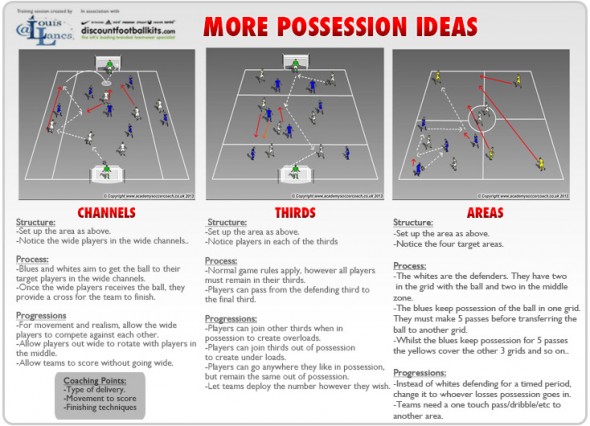