Given retires from International football 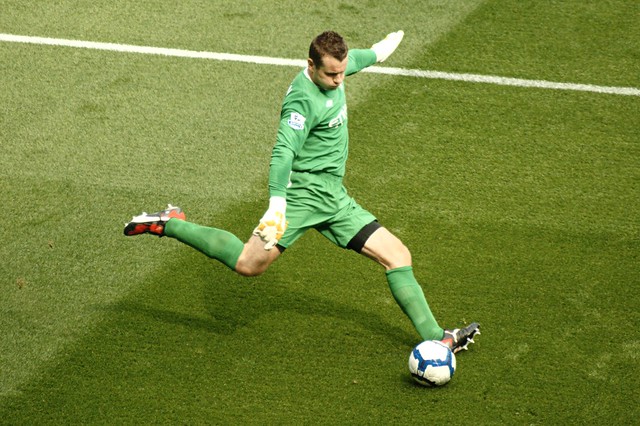 His exit form the international scene comes with a myriad of accolades and praise from everyone who worked with him in the Ireland squad.

Given is now the Republic of Ireland’s most capped player with 125 appearances between 1996 and 2012, propelling him into the company of a few of his team mates in the Ireland camp in terms of international caps.

Given has dedicated 16 years of his career to wearing Ireland’s goalkeeper football kits and he has defended the football nets well.

Ireland do not have a great history in terms of footballing success, often going out in the early stages of the international competitions. They have also been robbed on a couple of occassions, specifically the World Cup 2012 in South Africa when Ireland were qualifying. The playoff for the spot in the competition against France was marred by controversy after the goal that Thierry Henry scored clearly hit the striker’s hand before he took the shot, subsequently knocking Ireland out of contention and giving France a victory and the place in South Africa.

I’m sure some Irish fans would have taken some pleasure from watching France implode in South Africa after their worst tournament in living memory, not even being in contention for the world’s greatest trophy or even the runner up football medals and going out in the group stages.

As an older member of the squad he brought experience and composure to a team that always seem to be the underdogs. More than once he has saved Ireland from conceding an embarrassing amount of football goals.

He has said that the decision to quit the international scene has been extremely difficult but he intends to continue being Ireland’s biggest fan. It would not be at all surprising if Ireland called him back to the fore in a few year’s time to be part of the coaching set up once his domestic career is over.

Given started his international career with a 2-0 loss against Russia in a friendly aged just 19 years old and it wasn’t long before he was the permanent replacement for Ireland’s previous keeper Paddy Bonner.

His greatest tournament moment came when he played every minute of every game in the 2002 World Cup in South Korea and Japan, but even he was not able to prevent an Irish defeat against Spain on penalties in the second round.

Giovanni Trapattoni, who has been Given’s manager at Ireland since 2008, has said it has been a pleasure working with him, highlighting his great character and his love for playing for the country which has surely inspired so many.