-Set up your area depending on numbers, ability etc.

-Players go up the left hand side competing towards goal 1v1.

-After your attack you then defend.

-Once you defend you move round to the right hand side.

-On the right hand side it is the same process but 2v2s.

-Players continue to go round and round.

-To spice it up and make it competitive you can give a point to a player/s if they score. Players with the most points win! 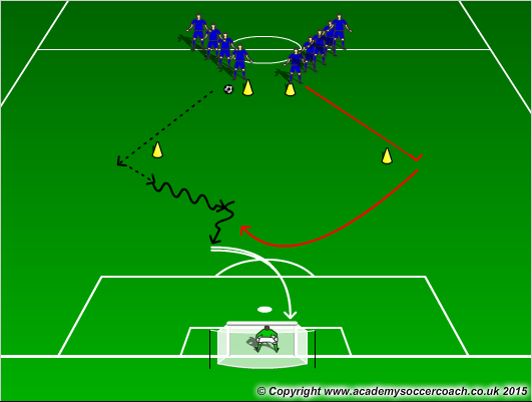 -Set up your area depending on numbers, ability etc.

-Near the half way line players stand behind either of the two cones.

-One players starts with the ball and has go around the cone and try to score.

-The other player does not have the ball, but still runs round the other cone and then defends.

-When players return they stand behind the other cones.