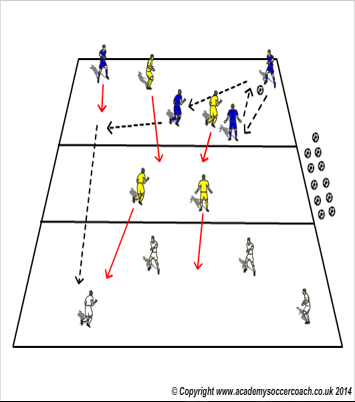 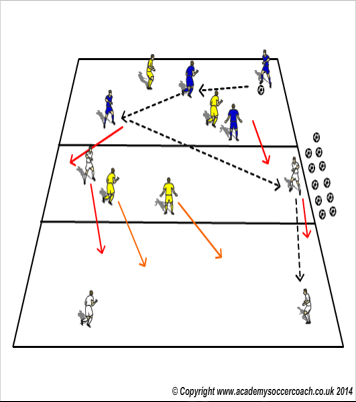 Structure:
-Set up the area as above suiting the needs of your players and numbers available.

Rules:
-3 teams and can work with many different numbers.
-Whites at one end and blues at the other.
-Yellows in the middle.
-The whites and blues have to make 6 consecutive passes and then transfer the ball to each other.
-Two yellows are allowed in the end zone to try and win the ball.
-The remaining yellows stay in the middle trying to intercept any passes.
-You can play by time or the team that lost possession become the defenders.

Progressions
-As shown on the diagram two players from the opposite end when out of possession.
-They try to receive the ball and transfer it into their own zone. 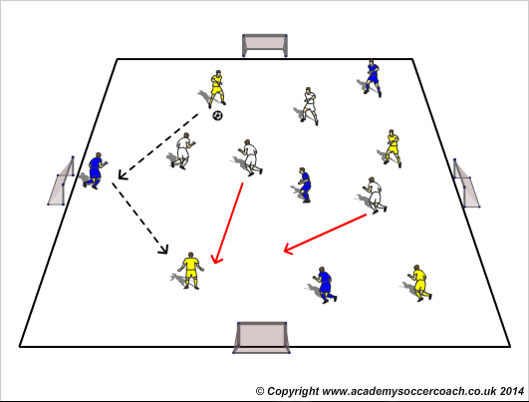 Structure:
-Set up the area as above. 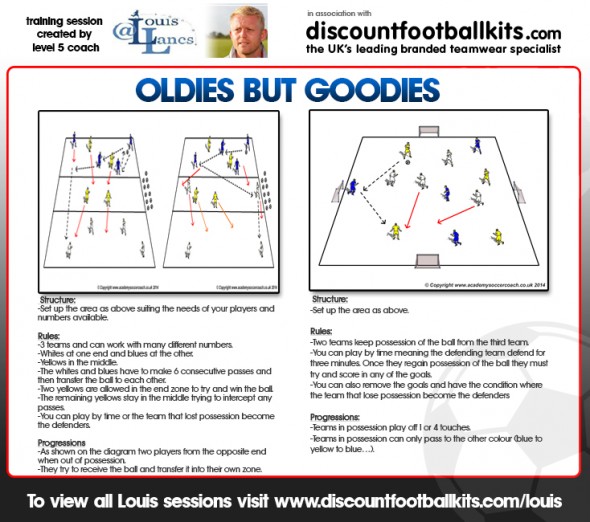